What I’m seeing is:

I’m using this software:
My account is suspended for 24 hours and I think this is the second time it has happened. It lists reaching daily ep limit as the reason. However, everything talking about eps lists php as the reason. But i have no php scripts. Also in terms of javascript all i have is 2 event listeners for a button click. Also the traffic I get on the site should be close to none, most likely just me. So a surge in traffic likely isn’t the issue. I’m completely in the dark as to why this is happening.

Also the graphs are useless. They numbers on the bottom row are all smashed together and their is no y axis info to compare it to.

The only think I can possibly think of is that I have a YouTube video iframe but i wouldn’t think that would cause issues especially because it’s just one. Also I have a decent amount of images that are on the larger size, not very well optimized yet. Would that somehow effect this limit?

Files use up the inode limit. Also that graph does show a spike in Entry Process. Have you consulted the knowledge base?

Yes I’ve looked at the knowledge base, everything about Entry Process Limits refers to a PHP issue. I have no php or php like scripts. My entire site is a single page static html with i tiny bit of JavaScript for button clicks. And Yes I can see the graph has a spike but once again there is no reference. What do the numbers on the bottom mean? Why is there no y axis key? Theres nor reference for just how many eps were failed. Judging by the choppiness of the graph it looks like a very small number of fails. if the first bump is one fail then the spike must be around 5. So is six the limit?

And again I have no PHP so why is there any EPs in the first place.

Also worth mentioning the site has been up for months and the day i decide i was going to work on it and hence visited a few times I get this failure. I was not refreshing the page a lot either. I would say it was probably loaded 5 times tops. So i doubt I alone would be able to cause the suspension unless something else is up.

If you looked at the bottom of InfinityFree home page, there is something that says they are sponsored by iFastNet, so that means that they are free to give whatever graph they want. Please comb through your files, maybe some hacker inserted a PHP script.

Being sponsored by someone has no direct correlation with providing bad graphs.

Moving on I don’t see any php scripts that have been hacked into my web page. I did notice i had a decent number of errors in the console though. Mostly related to a youtube subscribe button I had embeded. Could this somehow be to blame?

Also I forgot to mention before but I also have both a spotify and soundcloud iframe playlist in my web page and there is a console error related to spotify.

Youtube is provided by Google, so there isn’t a problem. What about spotify?

Never mind It looks like the error is soundcloud related.

I searched for php in the multi-sounds.js that soundcloud is using and found this. 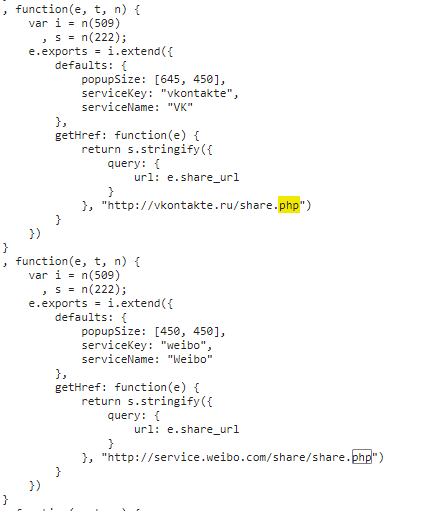 So there is some php being used there. However since it’s through an iframe would that still count towards the entry process limit?

Why is the script requiring random sites? Why is there a need to access other domains?
And yes, it does count, because an iframe is part of your page.

But the php code will be executed on Another host!

That’s something weird because that reached the limits once. though other days it is 0.

This topic was automatically closed 30 days after the last reply. New replies are no longer allowed.