My site loads fine in all browsers except Google Chrome

I’m not getting an error message. It just isn’t loading correctly.

I have a CSS controlled navigation menu along the left-hand side. It is only supposed to take up a certain portion of the screen. It works fine in all browsers except Google Chrome. When using chrome, the menu takes up the bulk of the screen and pushes all the other content to the right.

I have tried at least 15 different methods including making the entire menu PHP based, removing the CSS control for the navigation and going strictly HTML.

I’m assuming this is a browser issue, but I need to find a way to fix it. I would appreciate any suggestions.

So, this is how your site looks like on Chrome, Edge Legacy and Firefox respectively: 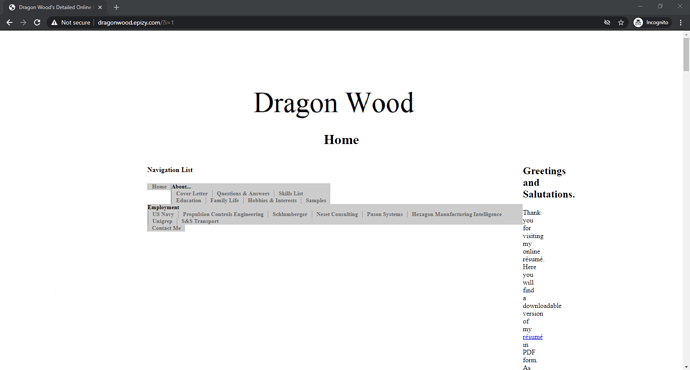 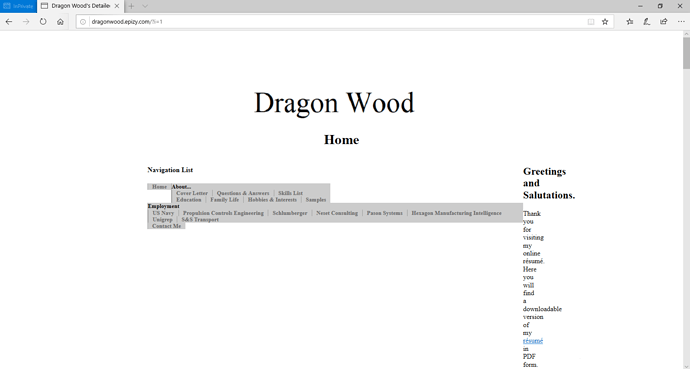 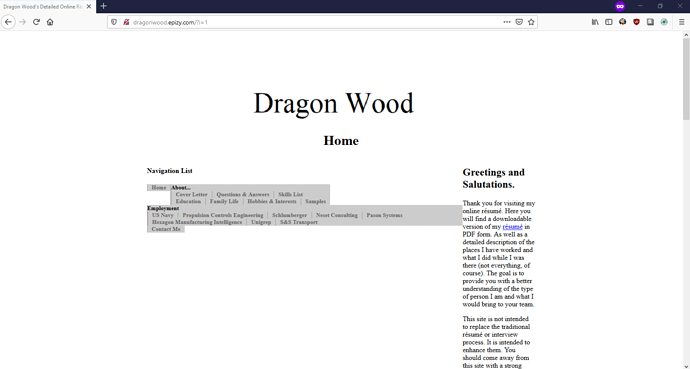 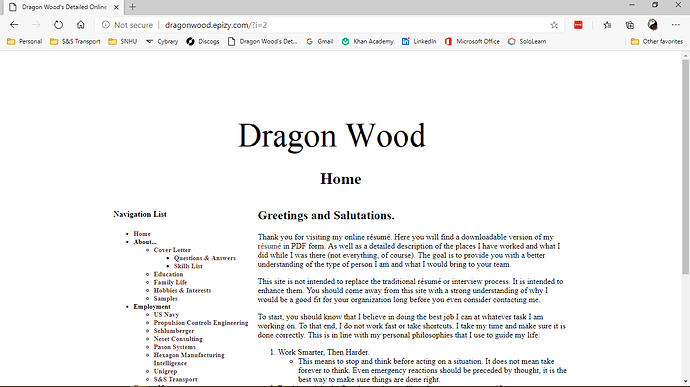 It looks fine on my phone too. It is supposed to look like my screenshot from Edge.

You’re using the new version of Edge which is based on Chromium which Google Chrome is also based on, If Edge displays your site like that then Chrome should also be the same since Edge should be using Chromium’s rendering engine.

Yep, after clearing my cache from Edge it looks the same there as on Chrome. Must be my code. I’ll have to keep playing with it and figure it out.

This topic was automatically closed 15 days after the last reply. New replies are no longer allowed.